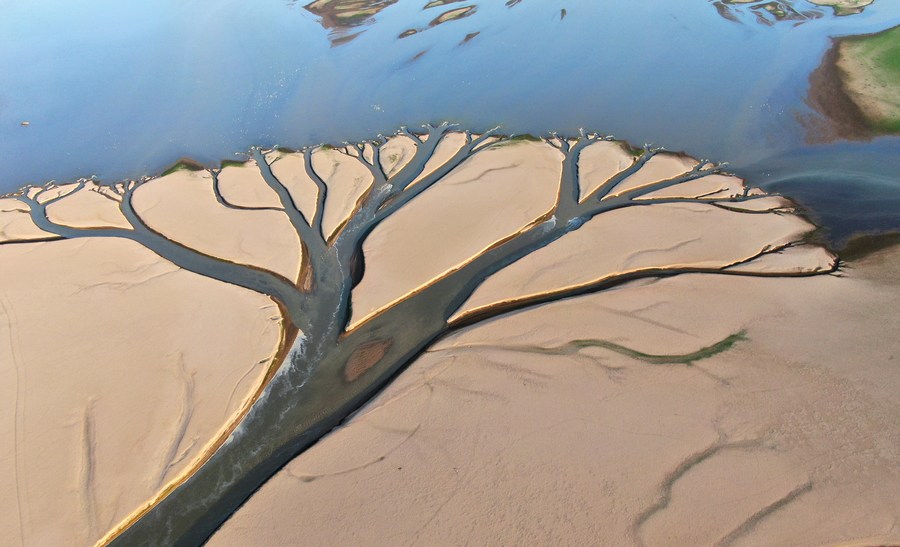 NANCHANG, Sept. 23 (Xinhua) -- The water level at Poyang Lake, China's largest freshwater lake in the eastern province of Jiangxi, dropped to its lowest on Friday morning since record-keeping began in 1951, said local authorities.

The water level at the lake's landmark Xingzi hydrological station receded to 7.10 meters at 6 a.m. on Friday, said the provincial hydrologic monitoring center.

The center noted that the lake saw a rapid decrease in water levels due to continuous high temperatures and low precipitation in Jiangxi since late June and relatively less water flowing in from the Yangtze River.

Poyang Lake entered dry season this year on Aug. 6, 92 days earlier than the average since 1951.

The center issued a red alert for low water on Friday for the first time since the warning system was established in 2013 in Jiangxi. Red alert is the most severe warning in this system.

The alert reminds all work units and the public along Poyang Lake to strengthen preparedness and response to ensure drinking water security, production water supply, and ecological water use.

Relatively little rain is the forecast for the upcoming week in Jiangxi. The prospect will further shrink China's largest freshwater lake.